Things are changing. The air is warmer. The sky clear. 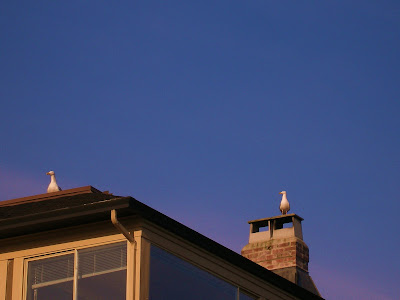 And I spent the day in the studio.
Happily.
For day three, again from the New York Times, I picked an article :'...conflict...now includes the names on street signs' 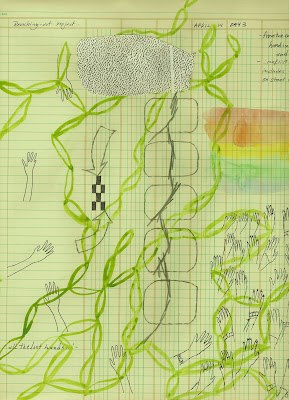 and a little note on the calendar:'for hand in hand ,... a group supporting cooperative Arab-Israeli public schools ...'
I realised that I was intuitively attracted to articles about conflict and resolution, even if real resolution was still a very remote possiblility.
Will these drawings always be about conflict?
Am I picking these because the newspaper is about conflict and resolution?
What would happen if I spent a week reflecting on a newspaper written in a language that would be impossible for me to understand , for instance a Japanese newspaper? would I be able to 'feel' something about the content just from the sense of order iin the writing and the disruption of the flow?
I think this sounds like fun and it will be part of this
project. I just have to find a source for foreign newspapers 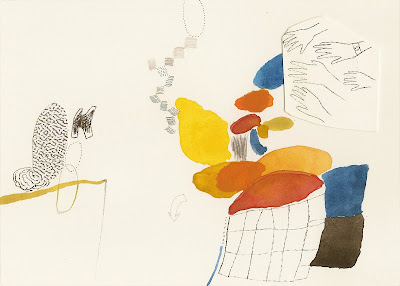 Three small watercolors were the result of today's work for the project
after the initial drawing.
The ideas of conflict-resolution here
developed into the theme of 'lost hands' which I think I could work with over and over again. 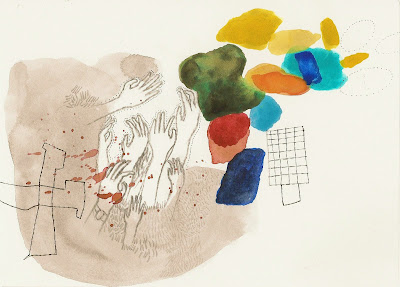 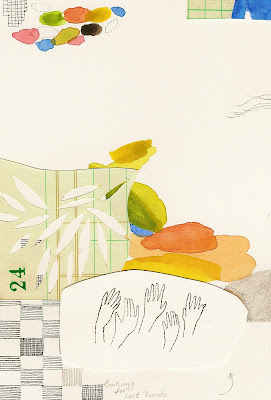 Annamaria I'm really enjoying this drawing project of yours. It's inspired me to loosen up a bit and explore! I love the bottom painting, it conveys a lot. Claire x

these look lovely!! the colors are really great.... and i love the idea behing this project.

isn't it great when the weather starts to turn?

Thank you claire- I am glad there is a trickle effect...!

Thank you Lisa! Your own work is so much part of the inspiration here- I am so happy you find it interesting!
Annamaria :)XX

just found you through the lovely Gloria... and do so love this work you are doing!
best wishes,
Sophie