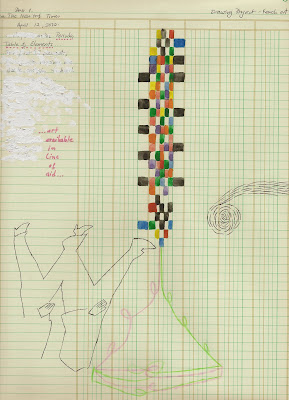 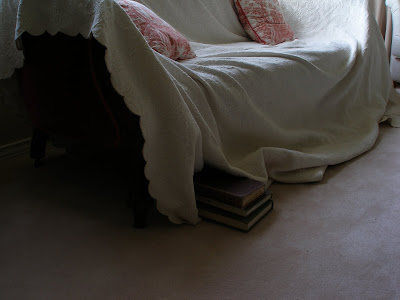 A few months ago I started a 'drawing-a-day' project and stopped almost immediately. I was thinking about that because I was so mad I had 'given up'. I hate giving up! OK. There were other priorities then but what I realised after much thought was that I had expected too much from that daily drawing- and what I didn't do was to set some rules, some parameters for myself before I started. I impulsively jumped into the project without planning it and thinking about the 'bad 'days, the busy days, the icky days. So rule no1, if you are to embark on a venture plan it first. Dahhh!

And since I am already experiencing project-withdrawal...I decided to actually do a new 'drawing-a-day'. First I asked myself, who else has done something like this? Lisa Solomon whom I admire very, very, very much has (here). So I visited and studied and delighted in the clarity of her mind! and her abundant creativity!
So expect a daily ' visual thought'- it doesn't have to be a complete and edited paragraph of two hundred and fifty words!
How? On different papers, with a varety of things that make marks , any size...
But then I realised I needed something else too. The last year had been very introspective and narrow in its focus ...I needed to open a window to the world, so my daily drawing could be a 'visual thought' in response to some daily news. It could be my 'reaching out project' because I often feel too tightly curled up in myself and I want to stretch and reach out....

So this is my first drawing, and it's actually way more complex than I envision them to be but you know how it is , the girl gets enthusiastic and carried away!! I was looking at the New York Times, and I even wrote down a few words that meant something to me, but then I covered them with blanco because again I was doing too much and I know that on an 'icky', busy day I will not be able to do as much and I will give up. Plan for less!!!

Email ThisBlogThis!Share to TwitterShare to FacebookShare to Pinterest
Labels: reaching out project

This is a nice one! Reminds me of dreaming with feet in the air. I especially love the graph paper and color woven boxes.
A drawing a day is a great experiment.

You should check out www.jillstodayisaw.blogspot.com - every day she draws something on a postcard - and sends it to someone around the world. Love that idea!

it's such a great idea and a project i'd love to do!
i predict that the easy part could be the drawing and the hard part the recording of the drawing . . .
i also like your plan to stretch out a little.
:)

Me too, Annamaria, I love the idea of an every-day-drawing – I think we usually have those ideas when we have lot’s of energy and inspiration and we forget about the icky-bad-no-time-for-nothing-days, about those days you cannot even touch a brush or pencil…
This first drawing is a wonderful beginning… no worries if now and then a white sheet of paper just stays a white sheet of paper, it’s an expression too.

Thank you all for your encouragement! I am quite excited about it now, I hope my excitement lasts!

Kirsty, thank you for the link,it sounds like a very clever,fun idea!
Kim, that's funny, 'dreaming with feet in the air'..., I love graph paper too.

Belinda, I know...I have thought of that too!I would like to do it for a whole year, hopefully...

Iris, I like the idea of the minimalist 'white page drawing', I think I might have to use that in the future....
Annamaria xx

I love the work of Lisa Solomon too! I think I am a tad star struck with her and her work which is probably not always a good thing. I always think, "I could never do that or be that organized and steady with art and life." I think that project will be wonderful. I guess it is a matter of not setting your self expectations too high and giving one's self some room to have a bad day occasionally. You write such good posts. I feel inspired by your real-ness, art and life, Miss Annamaria! By the way the piece I ordered from you, makes me happier than any art work I have purchased thus far. I need to get a frame so I can post about it soon! xoxo

good for you...when i did a collage a day in November it helped me to do the same size (small) and create at the same time each day (if possible)

I love the idea Annamaria! I think you are on the right track with letting it be an expression or a thought... Don't be too hard on yourself though! :) Kx

Love the way you defined your drawing project to yourself ... how you narrowed it down...